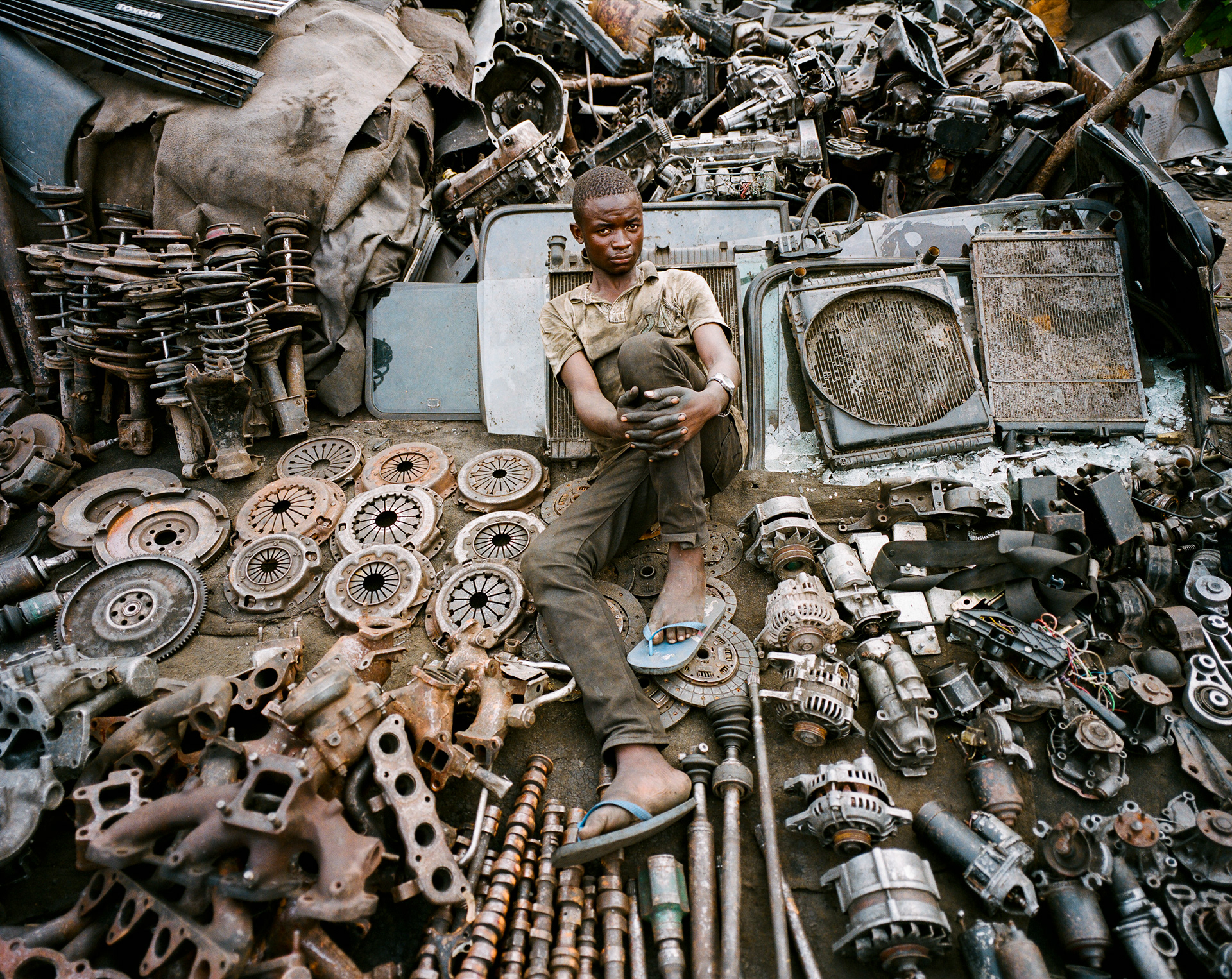 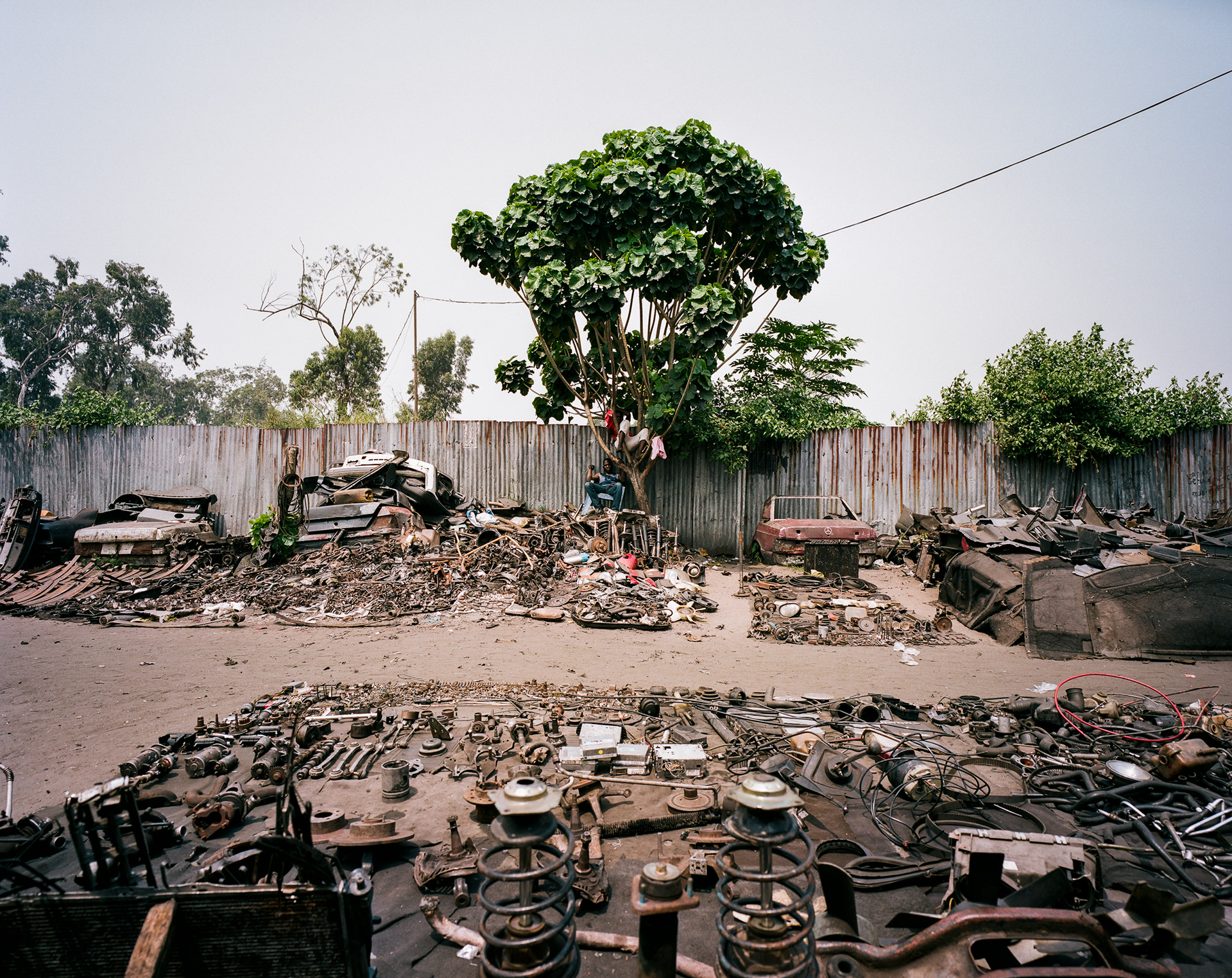 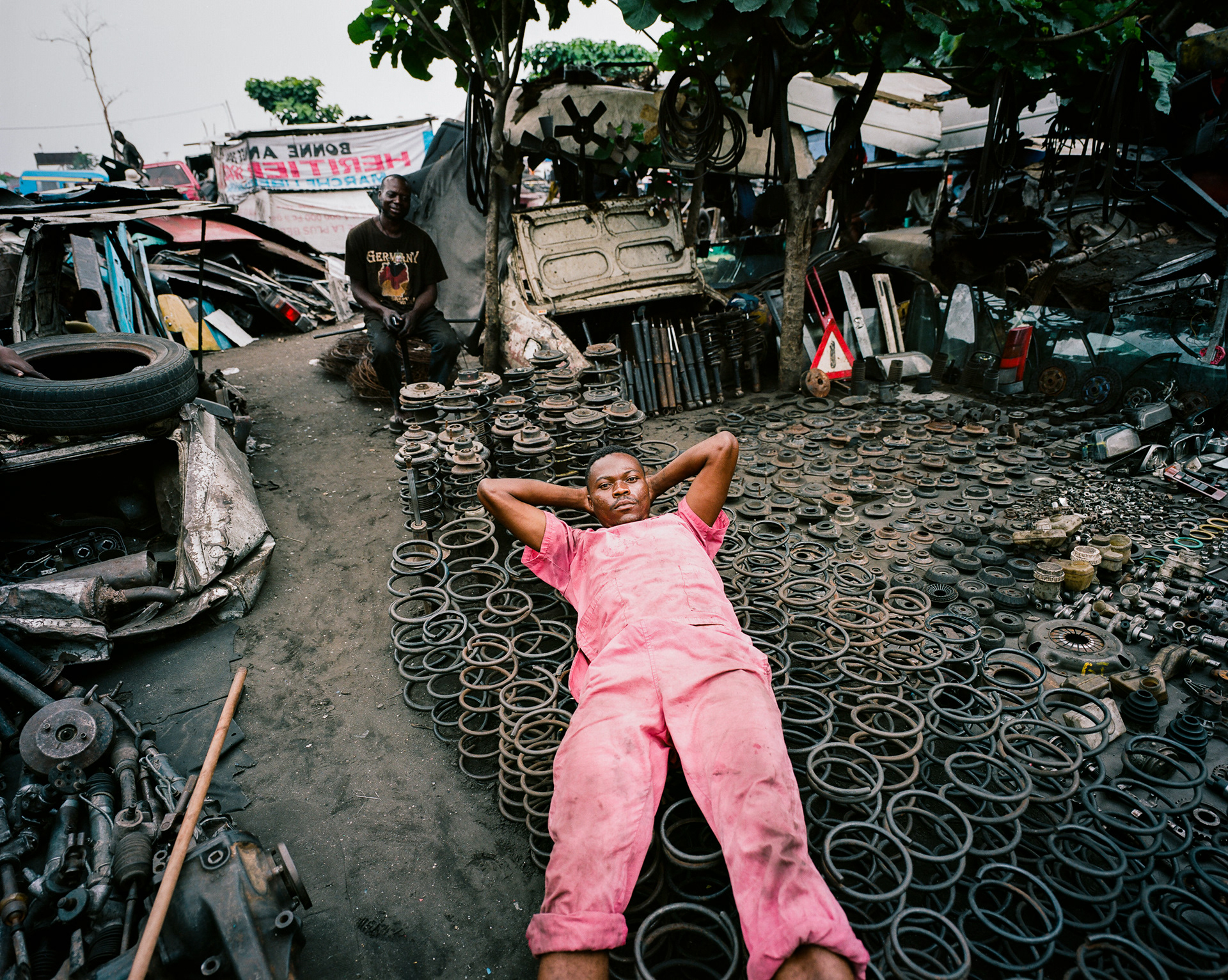 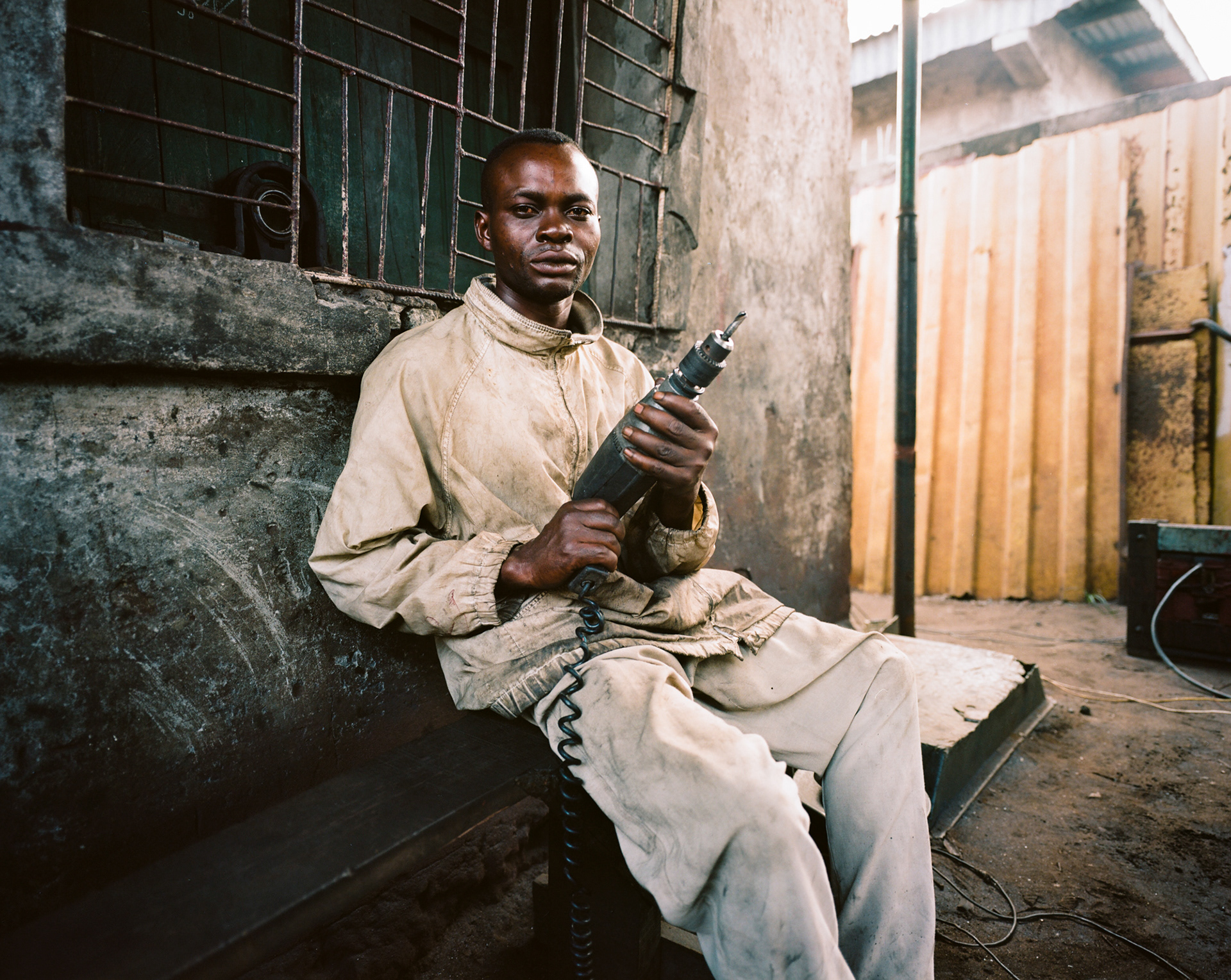 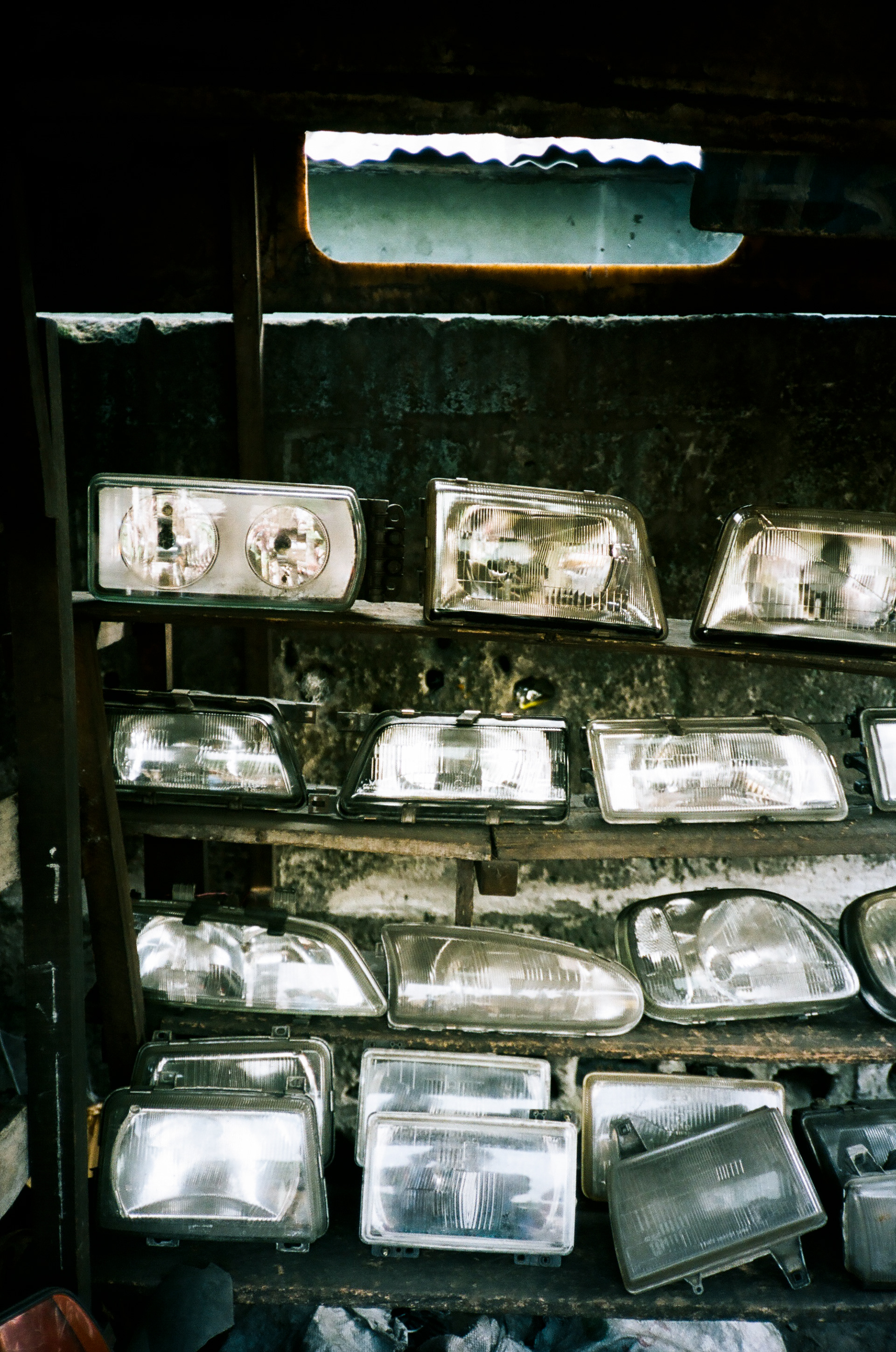 You can't "pour new wine into old bottles". Except that in its fragmented state, our past gives us unlimited future prospects, although unexpected at times.
Old diamond extractors articulating a 35-carat Portuguese, graduates of all kinds or young fit-for-the-trash 'wackos', these scrap merchants salvage a past they carefully discharge on the soil of the Scrap Market located in N'djili District 1, one of Kinshasa's 24 boroughs.
Behind this apparent jumble lies an ingenuity casebook which user's manual they master. "Here, it is a research center. You put a Mercedes engine into an Audi and it'll run" one of the re-sellers proudly says. Order within disorder, inventiveness to face adversity and rejuvenated hybrid cars that will run thousand kilometers more.
The city's arteries hold a lot of those 'Unidentified Wheeled Objects'. There's nothing unusual about these UWOs. More than mere transportation means, they are the product of the resilience observed on the market and the faces that make it up. An inspiration for these pictures, the longevity of these UWOs testifies to a true know-how. While walking the streets and neighborhoods of this borough, the concept of 'service' takes on a whole new meaning. Craftsmanship, cooperation and knacks are the rules, 3000 rev./min guaranteed. Making a detour by the Scrap Market while crossing N'Djili will get you off the beaten track, an 'off-road' experience that will straighten up many Kinshasa road hogs.
Nothing is ever deemed to be thrown out. Everything is recyclable. Beyond any act of 'green' militancy - or any kind of conscious stance whatsoever -, each item has a market value. And so, pistons, wheel discs, valves, water pumps, clutch discs, brake cylinders, starters, drain pumps, alternators go alongside pulleys, radiators, shock absorbers, camshafts and so on.
"I know myself, I should not be here." Nevertheless, the act is repeated on a daily basis including Sunday. Each piece is carefully placed on the ground, a pinpoint spare parts bed for which they'll reap a handful of dollars. Is it worth the effort? Darty reminds us that "when there's no job, you need to get creative." Creation, key word, is the link between our respective approaches, a formidable way to counter boredom and fatality for some and a source of encounters and exchange for others.
Though considered as a slaughterhouse where the most timeworn vehicles come to find a place to die off, the Scrap market is far from being a lifeless place. Cheerfulness and banter come for free here. Six packs and checkers decide between competitors. Sheet metal workers, re-sellers, painters and other mechanics stand together, with the occasional misdemeanor. You drown your mind into a glass of Agene, a local alcoholic drink, or a bottle of Tangawisi, a ginger beverage.
The market and its atmosphere seem surreal in many ways. Its structure is as disparate as its interactions are lively. Unlikelihood becomes obvious. There constantly is some teasing against a backdrop of detachment, as if off-beat humor had overtaken reality. "We create a parallel world to better face, to sweeten this difficult reality".
These N'djilians dream about the outside world, but meanwhile it is on elsewhere-bound wrecks they're working. "There's a history between N'djilians, resale and mechanics". And they're resisting, despite the eviction attempts, lack of public support and their second-row position on Lumumba Blvd. Electrical resistance, joint resistance, a resistance to life's tricky vicissitudes, resistance as a means of survival.
Japanese, Americans, French or German cars hold no secret for these scrap-men, but their origin continues to fascinate them and feed their desire for exile. So much so that N'djili's borough was renamed 'Japan'. "If there's a miracle, I'll come to Europe". How ironic is that cycle! Whereas many vehicles are given a one-way ticket to Congo once they're considered too old by our consumption criteria, even the oldest Congolese people continue to fantasise about a continent they perceive as the Eldorado, a society whose machinery is at the root of many of their sorrows.
This photographic series is an opportunity to partially realize their dream, to make them travel and open a window on their everyday life and their reality. The car, symbol of the American dream, of mobility and exchanges between complete strangers in the back of a cab, transcends boundaries. It provides these scrap-men an opportunity to escape, leaving their walk of life behind, destination: tomorrow.
PHOTOS/PICTURES: MAXENCE DEDRY
TEXTE/TEXT: JEAN-SYLVAIN TSHILUMBA MUKENDI
TRADUCTION/TRANSLATION: PAOLO DAGONNIER
REMERCIEMENTS/ACKNOWLEDGEMENTS: THIBAULT DELEIXHE, VITSHOIS MWILAMBWE BONDO(!) & THE KIN ART STUDIO
This (ongoing) project is supported by the BIJ and the Kin ArtStudio and featured on FotoFilmic, Afrique in visu, Analog Magazine, iGNANT and WIRED
© MAXENCE DEDRY & JEAN-SYLVAIN TSHILUMBA MUKENDI 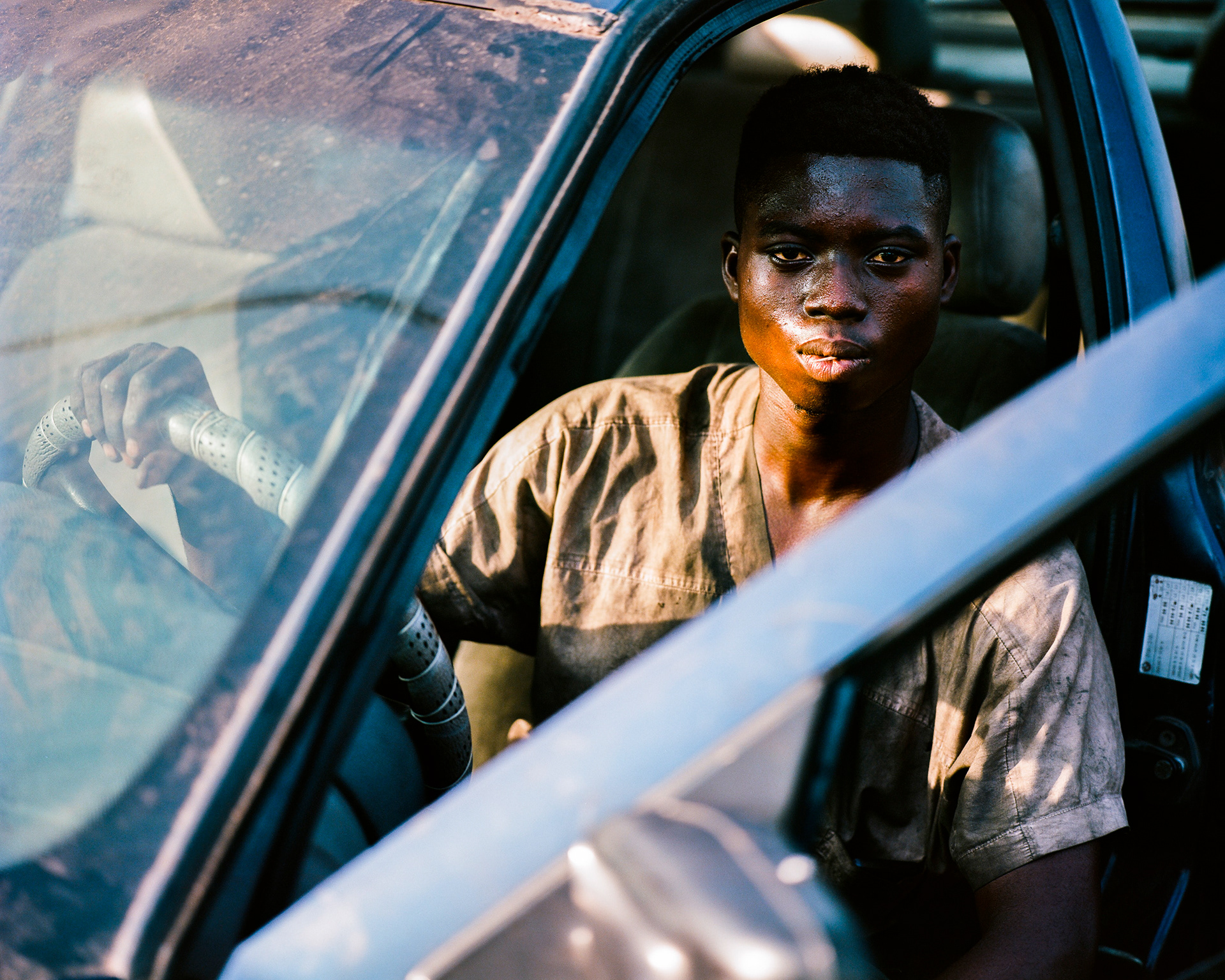 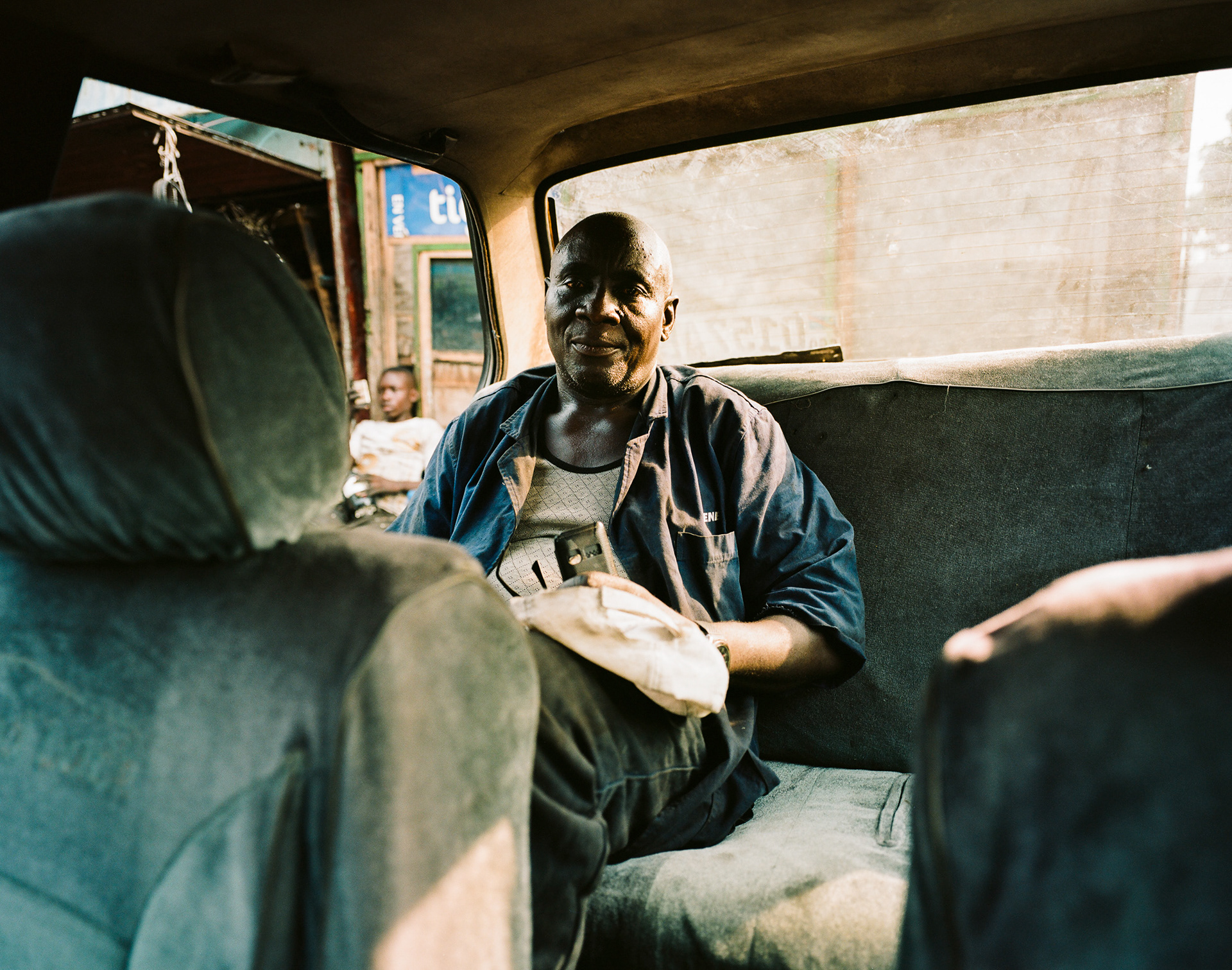 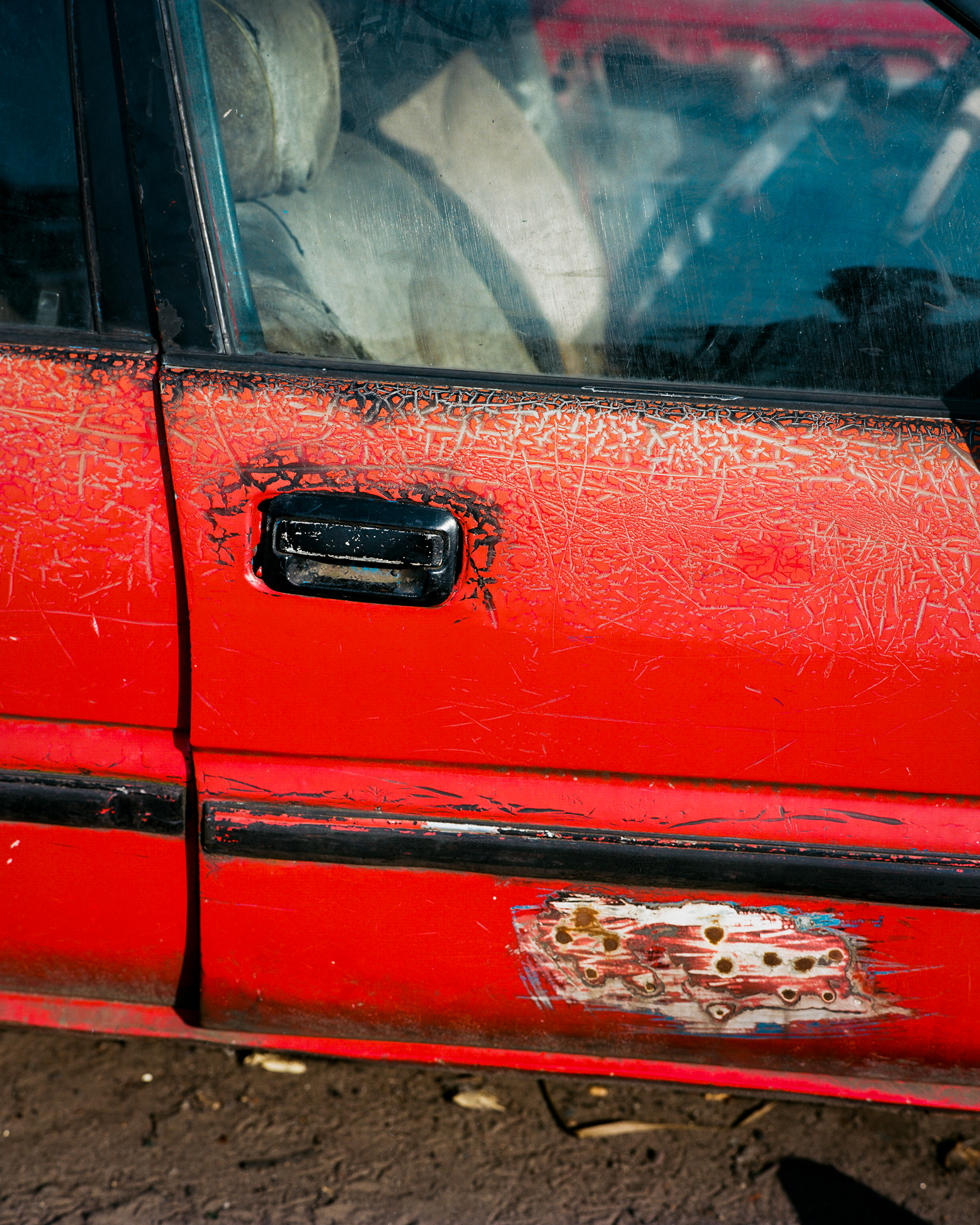 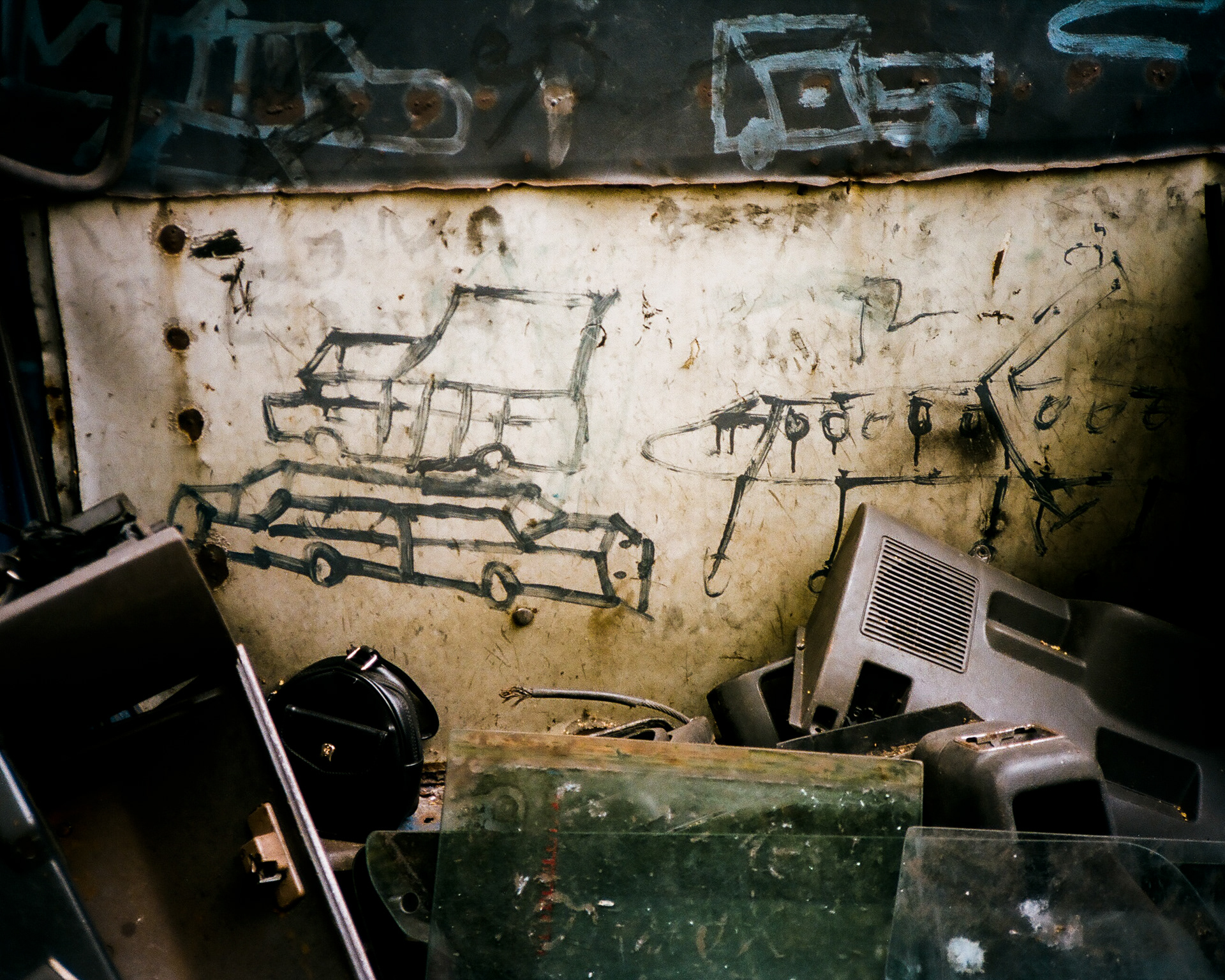 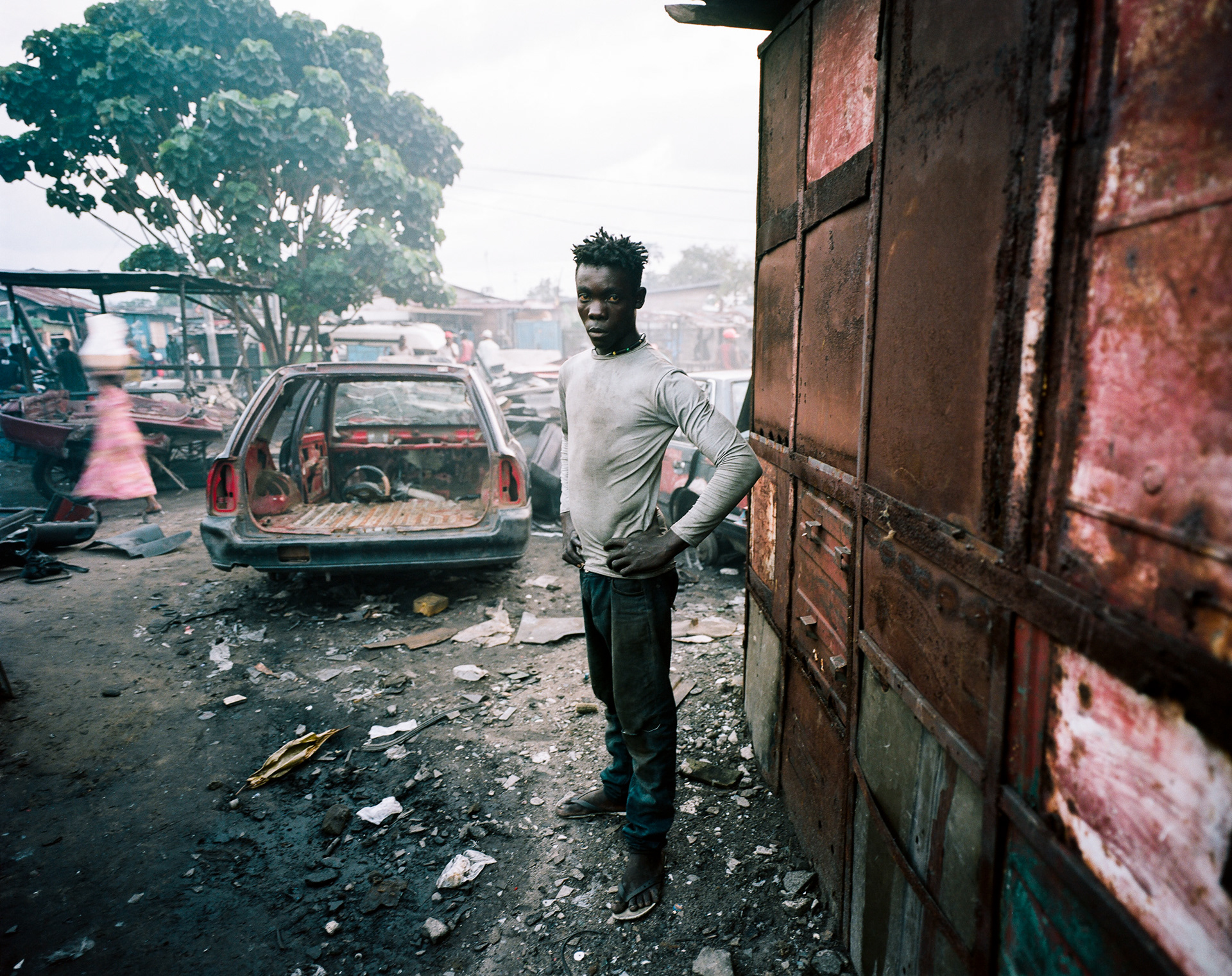 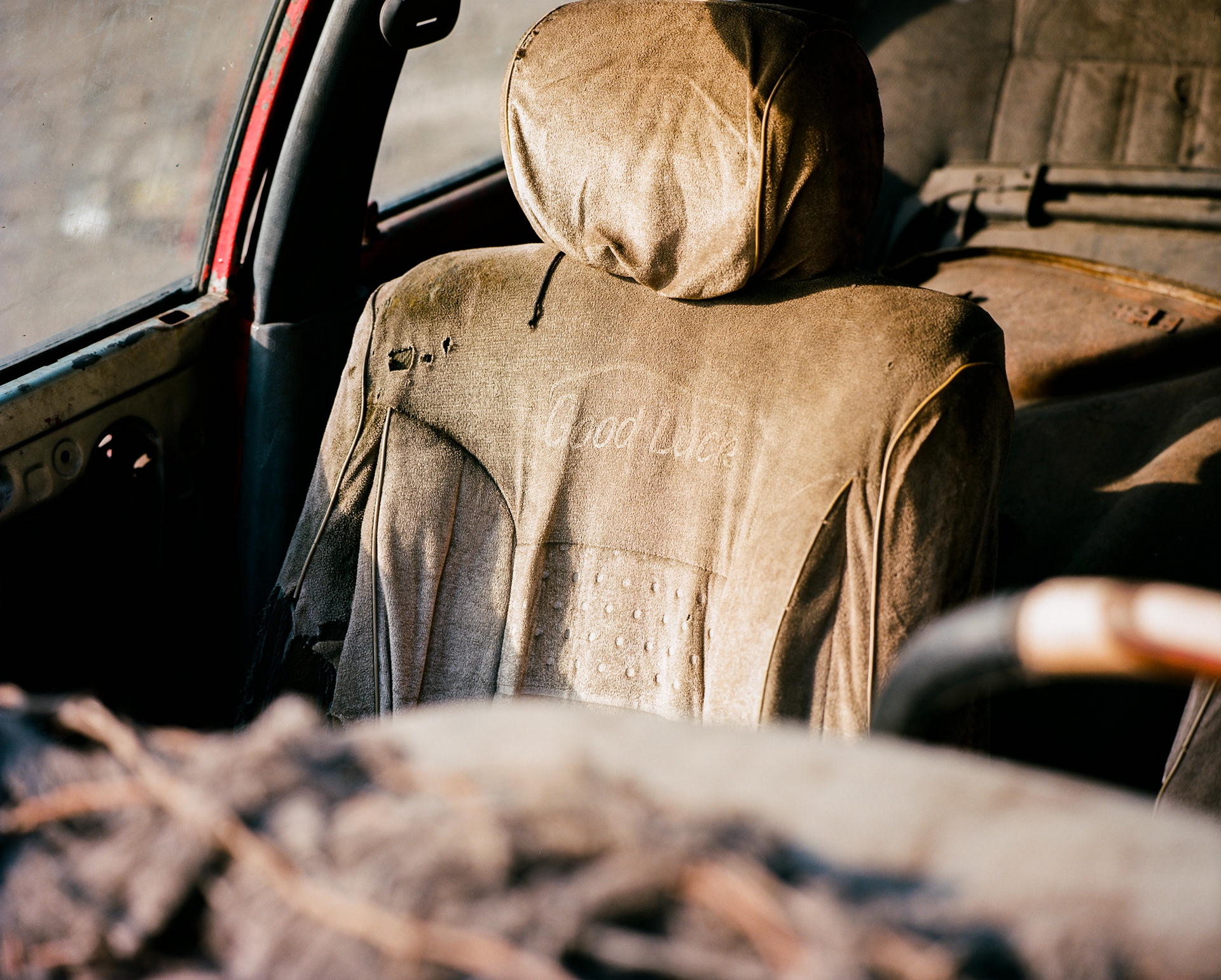 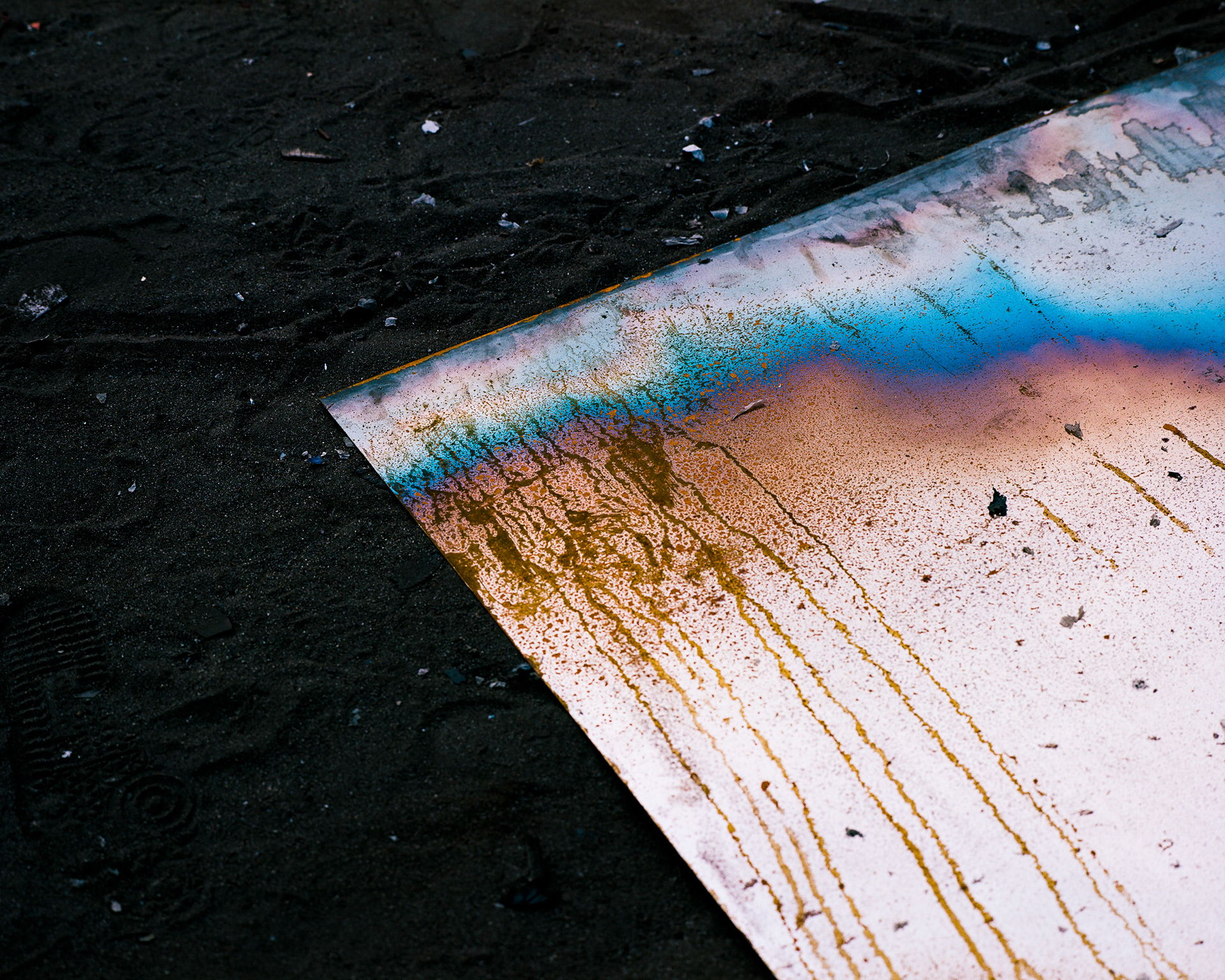 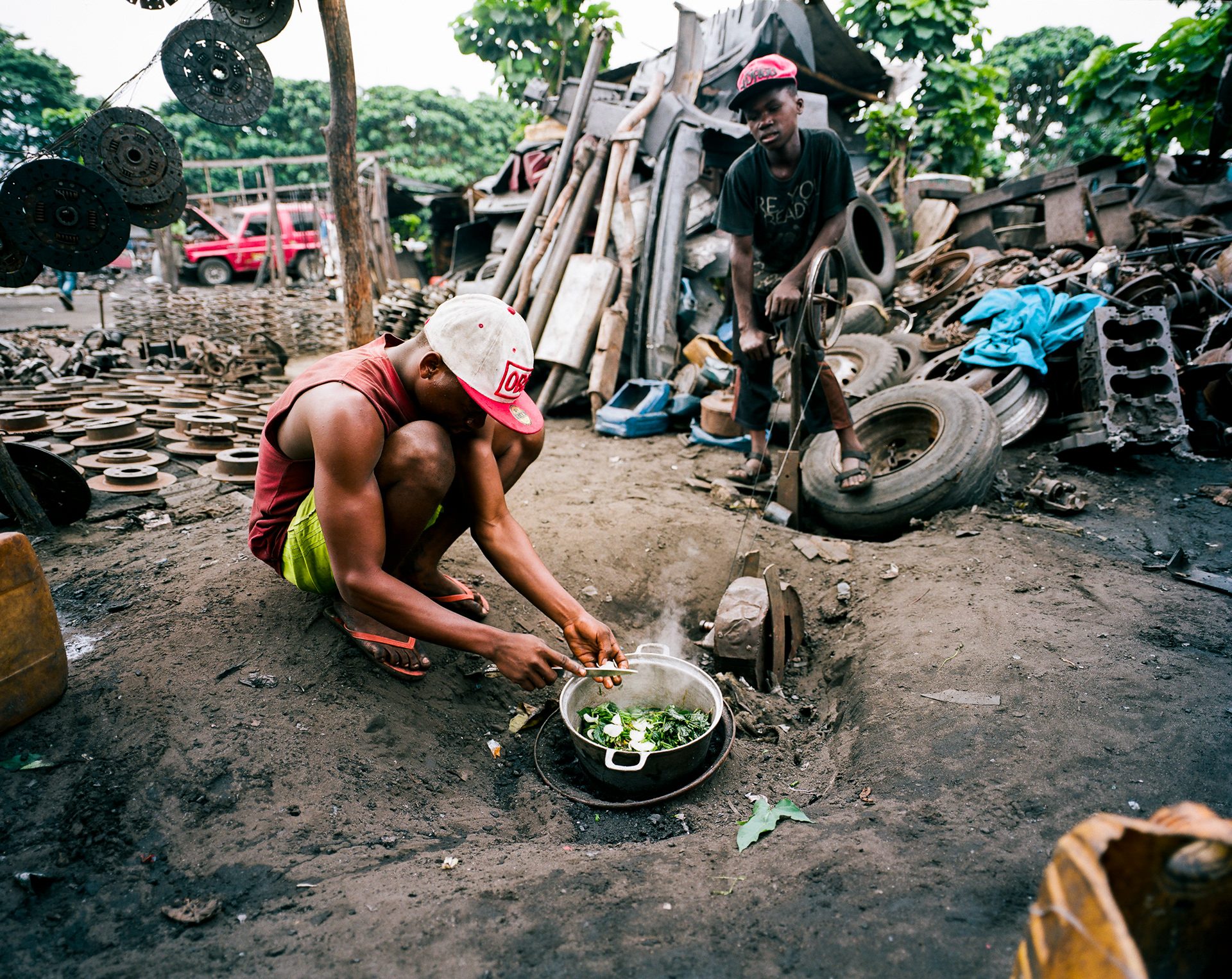 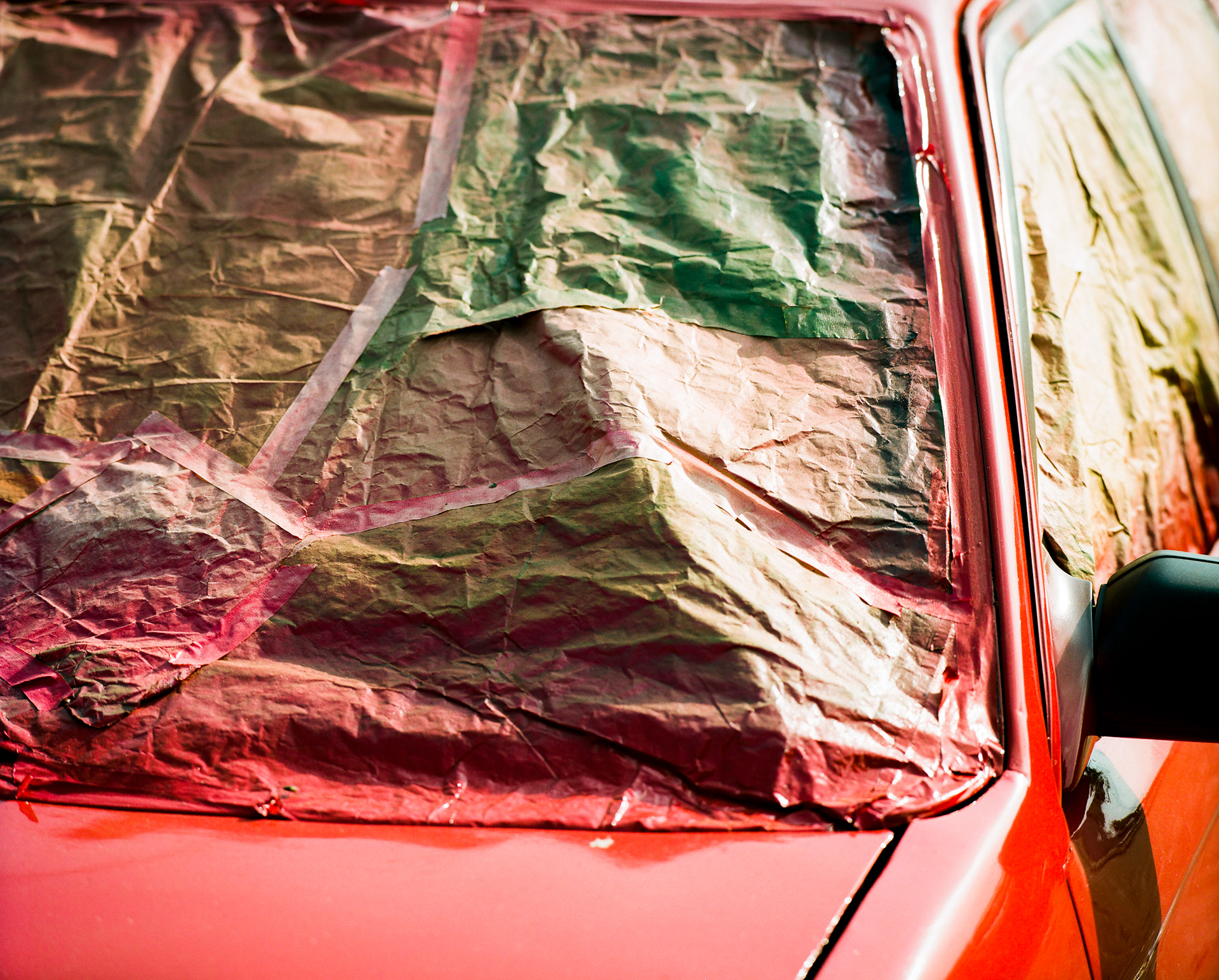 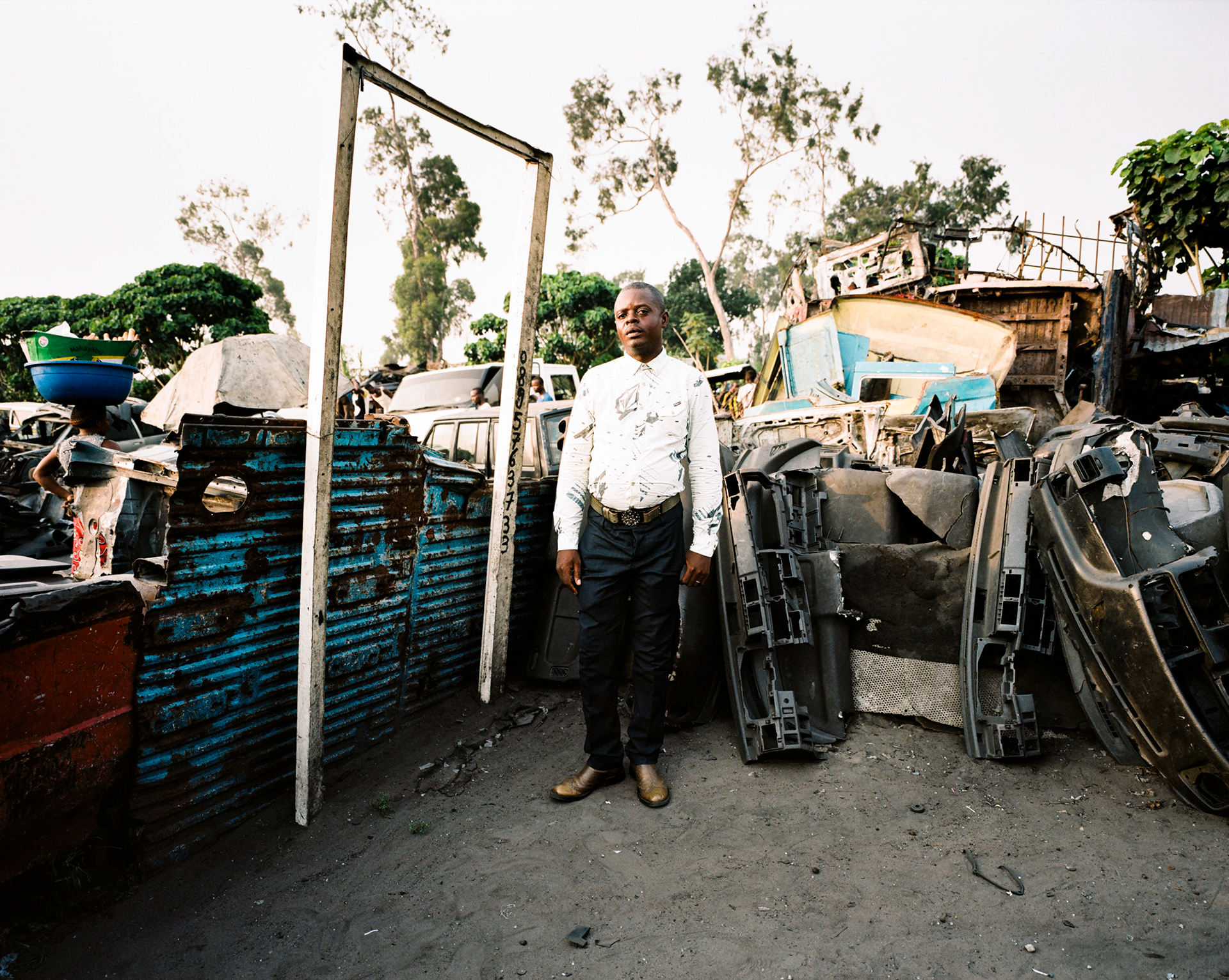 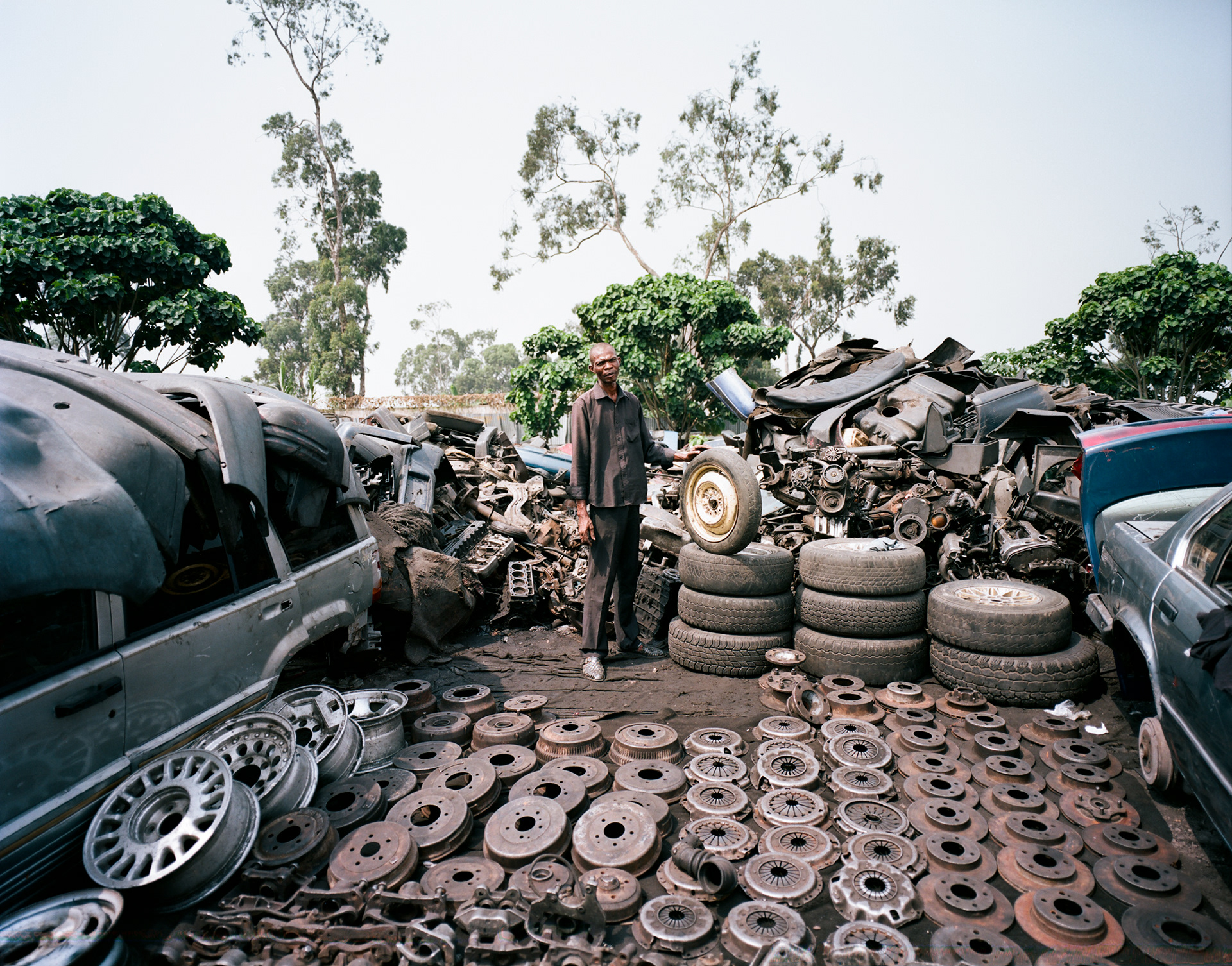 This was shot in analog (medium format) using a Mamiya 7 II and Kodak Portra 160. Processed by Color 41 and scanned by PhotoGalerie
↑Back to Top